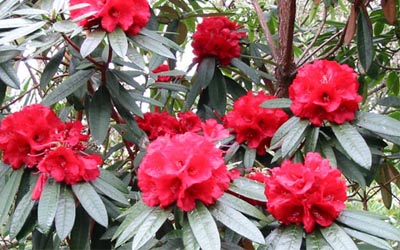 The Hill top has a lot of sulphur deposits, when lightning strikes, from a distance, it looks as if sparks are coming off a Witches Wand giving it names such as ‘ Hill of the Fairies’ or Witches Hill’. Its mystery is also deepened all settlement attempts have been answered by lightning.
It is situated on the eastern flank of Mussoorie, is compensated by its girdle of thick oak and deodar forest. Walking this circuit in April is particularly special, with rhododendrons in bloom and the oak in purple new leaf. From October onwards, you get a front seat view of the spectacular Mussoorie winter line.
The trekking stretch starts from the Woodstock School and one passes through the Dhobi Ghat Village, which is quite an experience in its own way. 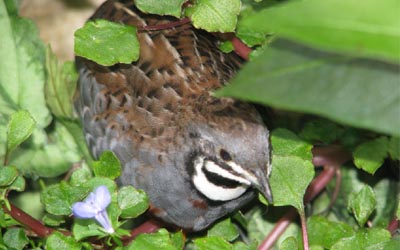 lies on the outer most ridge of the Himalayas, 2150m to 2800m above sea level in Mussoorie. Set up in 1993, Known as much for the Kempty falls as for its widlife, the sanctuary lies within the catchments of the Aglar River, a tributary of the Yamuna.
The sanctuary was set up primarily with the objective of protecting the area’s dwindling bird population and diversity, especially the Himalayan pheasant and the Monal (the state bird of Uttarakhand) which are becoming rare. The white crested Kaleej Pheasant, Snow partridge, Bush quail, Blue rock pigeon, Fire tailed sun bird, and the Whistling thrush are some of the other birds found here, and the now extinct Mountain Quail was last sighted in the Binog forests back in 1986. 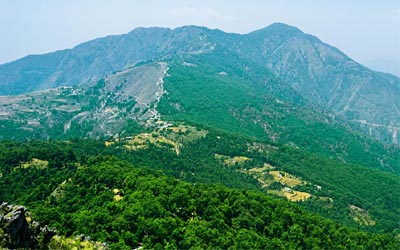 Bhadraj is situated at the extreme western end region of Mussoorie. The trekking trail of Bhadraj forest and temple leads you through densely forested northern slopes and the southern slopes covered with barren grasslands. You pass through extremely contrasting terrains. On one side the majestic Himalaya treks overlooks the trail, and on the other side Indian plains emerges. Bhadraj Temple is dedicated to Lord Bal Bhadra, brother of Lord Krishna. The summit provides a panoramic view of the Doon Valley, Himalayan peaks, Shivalik ranges, Dakpather and Asan Barrage. Chakrata ranges and Jaunsar Bawar areas can also be seen from here. Every year a three day fair is held at Bhadraj temple starting from 15th August to 17th August.

Nag Tibba, is a trekkers delight. It presents stunning view of the Bandarpoonch peak, the Gangotri group of peaks, the Kedarnath peak in the north, and the Doonvalley and the snow peaks of Chanabang. Nag Tibba which is also known as Serpent's Peak, is the highest peak (3022m) in the Nagtibba ranges of the Garhwal Himalayas. It lends its name to the Nag Tibba Range and is said to be abode of Nag Devta. Nag Tibba trek takes you to dense mountainous forests rich in flora and fauna. La Villa Bethany is only approximately 10 kms from the base of the Nag Tibba Range from where it's a two day trail to reach just short of the 10000 ft altitude which is something that is on every trekkers list. 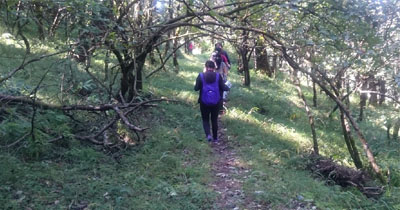 Reserve is spread over 300 acres, an unspoiled jungle just 4 kms from LVB. This privately owned nature reserve has approximately 50 species of ferns, 70 species of mushrooms, a flowers' inventory, with orchids and medicinal plants, meadows and black berry bushes. Leopards and the endangered black bear have been spotted here - one bear with two cubs. Barking deer, goral, wild boar and porcupine have been caught on camera as well. However these animals do not come in conflict with humans as they have plenty of food and water in the forest.
The reserve is a community investment project, as the support staff is hired from the local villages.